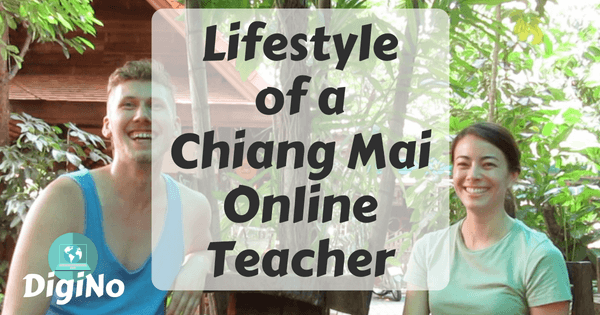 Below is the transcript of the interview with Teacher Carissa…

Jason: Hello. This is Jason from digino.org and DaDaABC. And in today's video we've got another special treat, I'm here with Carissa from LA. And she's been working for VIPKID for about a year. So welcome, Carissa.

Carissa: So I didn't move to Chiang Mai when I first moved to Thailand. I was in  a really small town. And I was teaching at a school just for one term. And
then I did some traveling after that, and when I first got to Chiang Mai I just fell in love with it. I didn't have any plans. And then I found work in Chiang Mai. And so that was about two and a half years ago.

Jason: Two and a half years ago, really?

Carissa: Yeah. And yeah, things just kind of have fallen into place in Chiang Mai.

Jason: So how did you discover the world of online teaching with VIPKID?

Carissa: So I was working at a language school and people were just, you know some of my coworkers had started working online. They were talking about making your own hours, the pay, working at home. And it just seemed like the perfect kind of job.

Jason: Yeah, so you're enjoying working for VIPKID?

Carissa: Yeah, I love it. 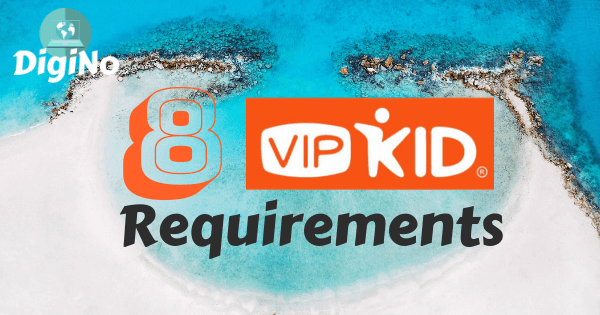 Jason: So what's your lifestyle like with online teaching, living here?

Carissa: Well, so now with VIPKID I can work a lot less hours than I was with the language school.
And I have so much flexibility. So I'll work maybe 20 hours a week during the week days.
And I give myself Wednesdays off and the weekends off. And for the rest of the time, I don't know I've just kind of been, I just have like random hobbies. Like I have been studying Thai. I crochet.

Carissa: Yes, it's really grandma-ish. And I don't know, sometimes work out, exercise. I do a ballet class. Just kind of random stuff.

Jason: That's cool, because now you have the time with online teaching. It frees up so much time. And you're not locked down anywhere. So do you plan to stay here for a long time?

Carissa: I mean, it's kind of become my, I guess, base. Like if I do want to travel then I'll come back to Chiang Mai. So yeah. You know, I've got my nice apartment out here. And definitely have settled in Chiang Mai.

Click the image below to read more about travelling as an online teacher: 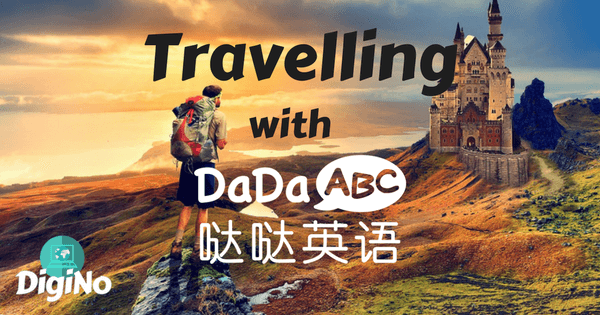 Jason: So would you say your online teaching money supports you?

Carissa: Definitely. Definitely. And I can work less hours than I was before, but make more money than when I was working at the language school where I didn't have time off. I couldn't just plan my schedule however I wanted. I had to do more lesson planning. So definitely working online has given me so much freedom to travel and to travel for longer, too. Because I can work while I'm traveling.

Get a high wage as an online teacher!

Jason: Exactly, yeah. How do you find that? Because you talked earlier about setting up a base in Chiang Mai. That's your teaching base.

But when you're on the roads traveling, how do you set up your teaching?

Carissa: So I don't want to carry around a ton of things when I'm teaching. So I just got kind of my white board. And I use a lot of paper props.

Carissa: No. Like I just print out pictures of things that I might need to show the students. Instead of having like actual vegetables, or fruits. So that frees
up a lot of space when I am traveling. And I try and just find some blank space of my background. But honestly, I've taught in a friend's apartment in Korea. And she had furniture in the back. And I didn't get any complaints about that. I do need to make sure that the WiFi is strong enough before saying “Okay, I'm ready to teach.” But for the
most part I've been able to work a bit while traveling. 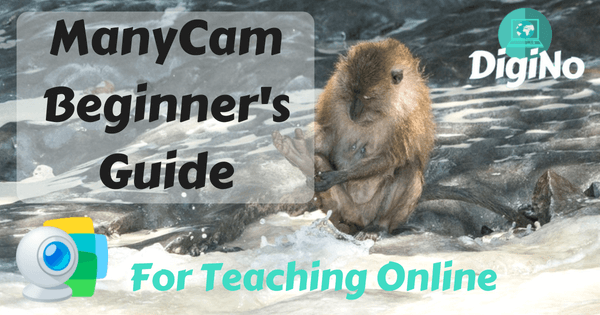 Carissa: I've heard about this.

Carissa: I have, yeah. But does it slow down your computer?

Jason: Are you Windows or Mac?

Carissa: I've heard about ManyCam. And it does sound really useful.

Jason: You've been teaching for a year, you haven't used ManyCam?

Jason: That's very impressive. Very impressive. You should check out the channel. Find all the games, and they'll help you out. Seriously, though. It's perfect for traveling with online teaching. It's amazing. Because you're not lugging anything around,

Carissa: But I'm also not very tech-savvy. And so that's kind of held me back from looking more into it. Yeah, anything like that, I feel like I would just be fumbling around in class really.
And I would be confused. I don't know.

Jason: I reckon you could do it. If you're online teaching, you're already tech-savvy. Because it's a very technologically advanced thing, really.

Carissa: I mean, my WiFi is good, but I don't know about…the rest of the stuff, I don't know.

Jason: Yeah, okay. Well, was VIPKID your first choice? Was there any other online teaching company at all?

Carissa: I only looked into VIPKID.

Jason: Okay, so what drew you to VIPKID?

Carissa: I just had a friend that worked for VIPKID. And she just walked me through everything.
And I hadn't even done research for other companies at that point because I only knew people who worked for VIPKID. So having my friend walk me through the process was so helpful. So, yeah. That's why.

Jason: So that's a big thing. There's DaDaABC, there's VIPKID. Everyone is always asking about it. It's just so interesting to see the other side. So have you looked into DaDaABC at all?

Carissa: Honestly, I don't know much about DaDa. I do have some friends who work for the company. But I just haven't looked into it because I'm just content with VIPKID. If for some reason I got fired from VIPKID, like if I ran up the total amount of absences.

Jason: How many is that? What's the VIPKID absence policy?

Carissa: So in one contract period, which is six months, you can have six teacher no-shows. So in a year, I guess 12. But if you've already maxed out your six for your first contract, then they'll let you go. So I always figure, if that happens, then I'll look into my other options.

And DaDa would probably be my first choice. Because it's the one I've heard about the most.

Jason: So how are you doing for your no-shows then? So they just basically fire you on the spot?

Carissa: I guess so. You can contest them. You know, if it was an emergency. You can show a doctor's note. My very first contract with VIPKID, I just had one teacher no-show. And it was from a power outage. My second term, I didn't have any. And then now I'm on my third term and I just got one like two weeks ago, also from a power outage. Usually, I have a hotspot. But this time my phone was broken from Songkran. I got water damage.

Jason: Yeah, me too.

Carissa: You too? Yeah, it stinks. At that time I didn't have a hotspot either. And so I just couldn't do anything to get back into the classroom.

Jason: If anyone is wondering, Songkran is basically a massive water fight in Thailand. Don't take out your phone at all. Don't even add someone on Facebook once you've met them, because then a bucket of water will come on you. So advice, advice. Good.

With VIPKID, what's your go-to activity?

Carissa: What do you mean by activity?

Carissa: Okay. Well, I wouldn't say we have activities, because we have to stick to this curriculum and there's so much time pressure. I think DaDa is a little bit different. Because you'll pick up where you left off with the student. But we have to finish this whole PowerPoint within the 25 minutes. If you don't finish, then they'll just move on to the next lesson.

And they'll just have not learned that information. So it averages a minute per slide. But we do have rewards. I don't know if DaDa does this, too. The student gets five stars

Carissa: So they want us to make it fun for the student. So what's really popular with my students is I'll have eight pictures, and I have a bunch of different sets. One of them is Hello Kitty, the other one is super heroes or whatever the students might like. And then on the back is either a star or a little monster. So they choose a number that's with the picture, and they're trying to get five stars. And then when they choose a monster I just
make it really dramatic like, “Oh no!”. And like flicking the monster away. And the students they'll try and hit the monster through the camera, obviously. So that's really popular with the students. And they like the characters. Especially with shy students, it gets them a little bit more comfortable. But I don't really do games. Because we just don't really have opportunity to do that, I guess.

Jason: I'm all about the games. With DaDa, it's more like about
improv, I guess. You stick to the courseware, if they're getting bored then lets do something else. Improv.

Carissa: I guess if they're getting bored, that's when I would bring out the stars.

Jason: Yeah, they never get bored with Carissa, though.

Carissa: No. Amazing teacher, so.

Jason: All about the TPR skills. I haven't seen much of it so far but

Jason: No, that's good. So we'll have to get you on to do that activity.

Jason: Yeah, your monster one.

Jason: I'll pretend to be a student. And yeah, make me laugh.

Jason: Cool, cool. Okay. Well, lets finish up. Do you have any tips for anyone who wants to come to Chiang Mai, become an online teacher? What's your golden advice?

Carissa: Advice for coming to Chiang Mai? Find a place with good WiFi?

Jason: That's right. It's all about the WiFi.

Carissa: Because, yeah. I mean that'll solve all your problems. Well for VIPKID, I would just say find what hours work for you. And don't work yourself too hard. You can live a really great life without working 30-40 hours a week. Unless you really love the job that much.
But there is so much to do in Chiang Mai. And it's a really nice place to just chill and relax. I would say take advantage of what Chiang Mai has to offer.

Jason: Because that's why we're here. We came here to work less and live more.

Become an Online Teacher with VIPKID!

To read more about DaDa and VIPKID, click the image below: 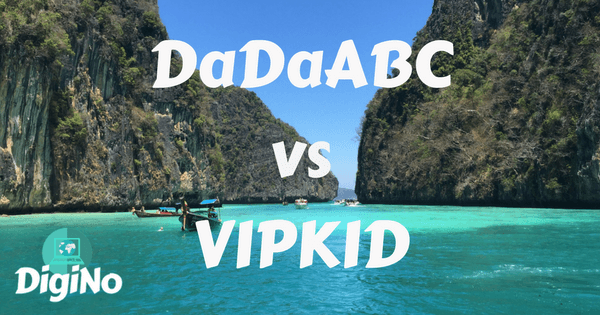 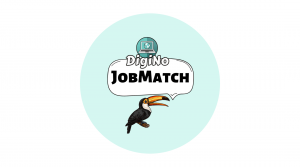