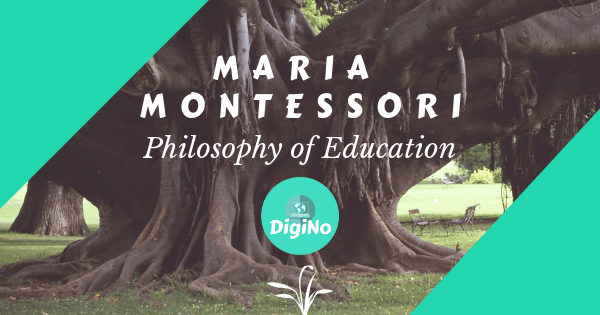 Maria Montessori worked for much of her life to develop a guiding philosophy intended to better teach young children. It makes for a fascinating approach to education, and its implications in the classroom are far-reaching.

Those of you teaching English as a second language may find some of her teachings to be particularly inspiring, and maybe worth trying out in your own classrooms.

It’s important to keep in mind that the lessons are very tactile and environment-based – so if you take your classes online over a webcam then this may not be the style for you.

What is the Maria Montessori Philosophy of Education?

The Maria Montessori Philosophy of Education is a challenge to the traditional teacher-student dynamic.

Rather than the teacher as the ‘knowledge holder’ and the child as nothing more than a vessel to fill up with knowledge, it aims to treat children as naturally inquisitive individuals in place of proscribing a ‘one size fits all’ approach.

The traditional approach is rather homogeneous and lacking in individualistic nuance, so the Montessori method aims to bring a little more agency to a child’s learning in hopes of facilitating greater understanding.

What are the ideas behind Montessori childcare?

There are two main ideas:

First, children create their own sense of ‘self’ through interaction with their environment. Rather than sitting at a desk and being lectured, children are encouraged to do things. Play with a selection of toys, explore a selection of areas; try out new things and see what works for them on an individual level.

However, Maria Montessori and her son, Mario, did identify a series of universal characteristics which they went on to call ‘human tendencies’. They are as follows:

The philosophy instructs that education should be built up around these principles in order to best facilitate a healthy psychological development – ideally with the intention of developing independence in all of the listed areas.

As they are ‘universal’ tendencies, it can be reasonably assumed that education systems established with a healthy respect for these characteristics will find it easier to establish a base or foundation, from which they can build their more individualistic ‘ad hoc’ instructions.

What is the Montessori approach to early childhood education?

There is a strict emphasis on learning through interaction with environment, in this philosophy.

It encourages what it terms ‘free activity’ within an established ‘prepared environment’. What this activity may be, and even what kind of an environment is required, is up to the individual teacher – and in part, should be inspired by the individual needs of the student.

The philosophy does provide some guidance as to what these environments should look like, and recommends that teachers hit a few key notes:

What does a Montessori preschool curriculum/Montessori day care look like?

There are several possibilities for a Montessori preschool structure, but most emphasise the importance of a ‘nido’, or ‘nest’.

This nest is ideal for children that are capable of walking unassisted – ‘students’ often fall between the ages of two and fourteen months old.

They are intended to serve children up until they are three years old, with some leeway depending on the school’s policies.

They prioritise the use of materials, toys, environments and activities suited to a child’s size and psychological development.

There is particular emphasis given to developing confidence in ‘toileting’ at this stage.

Once the child is a little older, between three to six years old, they’re moved into what is called a ‘Children's House’.

This ‘Children’s House’ serves as a more traditional classroom set-up. It has the capacity for twenty to thirty children in mixed age groups, and staffed by fully trained teachers and assistants.

The room is filled with furniture suitable for children. Everything is within their reach – all tables are small, all shelves and bookcases are small; relative to an adult, all furniture will be lower than waist height.

The teacher will provide a series of activities, and each child will be encouraged to develop skills within the activity that they have chosen. The teacher does not push them into a particular activity.

In a Montessori classroom, the teacher's role is to guide. Nothing more.

Activities have a focus on developing physical ability, like scrubbing or sweeping; but they also offer more science-based activities, as well as developing mathematical understanding and language skills.

For instance, children are encouraged to use sandpaper letters rather than a pen and paper when learning how to write. The children trace around these sandpaper letters, saying the name of the letter as they do so. The philosophy argues that this system lays the foundations of understanding, on which future lessons will build.

What about Montessori homeschooling?

Montessori philosophy is easily transferred into the home.

As a consequence of the advocated ‘freedom’ in regards to lessons and activities, a classroom is not required.

Each of the lessons proscribed by a Montessori approach can be replicated within the home, but the child will struggle to develop upon the social aspects of the philosophy while lacking contemporaries. This may prove to be an issue once the student develops into the Elementary stages of schooling.

These classes serve students between the ages of six and nine years old, but it’s not uncommon to see classes with an age bracket of six to twelve.

There is still a strong emphasis on independent choice, and following their own interests within the class. At this stage of development, a student can expect to be introduced to topics like history and biology – and be encouraged to further explore whichever one is most appealing to them. These are referred to within the philosophy as ‘Great Lessons’.

They will be introduced at the beginning of the school term, and the student will dive deeper into the subject as the term progresses.

What does a Middle School look like when done in a Montessori style?

The education at this level is less well-developed than in earlier stages.

With more emphasis on earlier childcare, the philosophy is somewhat vague when extended to older students.

Maria Montessori did not develop a program for adolescents in her lifetime, but a number of schools have tried to extend the teachings to teens.

The common consensus between these schools is that the philosophy works best when applied in rural areas, suggesting that it may be better for students to leave busier towns and cities in order to study in the countryside.

What is a Maria Montessori education centre?

A Maria Montessori education centre is simply a school which teaches in accordance with the Montessori philosophy. There are many such facilities all across the world.

These should not be confused with THE Maria Montessori Education Centre, the foremost centre for Montessori teaching. Located in Canada, it’s essentially ‘the main one’ in terms of Montessori schools.

The $19 TESOL option from International Open Academy will be accepted by most online ESL teaching companies. Click the affiliate link below to read more:

What does Montessori teacher training entail?

The training can be received in three different formats:

A Certificate course is a shorter, part time evening course which takes place during the spring term. It specialises in producing assistants, but is insufficient training for those looking to lead the classroom as a teacher.

A Lecture series is provided for those who simply wish to learn more about the approach without taking a formal course of study. This is not a qualification and will not constitute ‘teacher training’.

So how can this be applied in my classroom?

Even without taking the time to become a fully qualified Montessori teacher, it might be worth taking to heart her thoughts on free choice and physical interaction.

It’s obviously of greater use to those of you teaching English to younger children, and if you take large classes then you’re going to struggle to apply the theory to each child individually, as the philosophy instructs.

If you’re teaching English to students over the age of eighteen then you’re going to struggle to find any use for this philosophy. As indicated above, the research into Montessori education for older students is almost non-existent. The philosophy is about developing them into a more rounded person – if your student is twenty five years old then they’re probably already pretty developed…

But those of you teaching to students between the ages of six and fifteen, which I suspect is most of you, then you may find something worth taking away from all of this.

Try mixing up your lessons, introducing ‘props’ and physical elements to your lessons. Have them mess around with tangible objects and encourage them to develop those skills for which they show a genuine passion.

Most importantly, consider the ramifications of moving away from the traditional student-teacher dynamic. Rather than being an instructor to impart knowledge into an empty vessel, in the hopes of filling it up, what would happen if you treated them as ‘naturally inquisitive’ beings?

It’s something to think about.

Now you can consider this philosophy as you read 10 of the best teacher quotes: